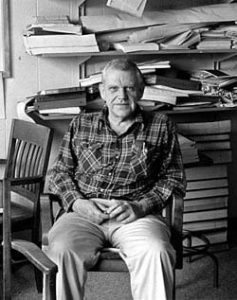 Hank Stommel was in his second year as an astronomy graduate student at Yale University when he came to WHOI in 1944 as a way of serving his country without going to the battlefield.  From then on, he was affiliated with and lived near the Institution until his death in 1992, although he held faculty positions at Harvard from 1960 to 1963 and MIT from 1963 to 1978, when he rejoined the WHOI staff.  In their introduction to a 1992 special Stommel issue of Oceanus magazine, Jim Luyten and Nelson Hogg wrote, “For most of the past 50 years, Henry Melson Stommel was the most influential figure in oceanography.  Through his simple brilliance, his personal magnetism, and his great zest for life, he inspired legions of oceanographers.”

Colleagues tend to describe a scientific conversation with Stommel as a situation where they had to “hang on” to follow his intellectual gymnastics. Luyten lists three essential Stommel qualities: insatiable curiosity, extraordinary intuition (he was relentless in stripping problems down to their most elemental levels), and the ability to visualize physical processes fully in three dimensions.  Hank was also well known for his generosity with ideas—he sparked many individuals’ research directions and initiated a number of collaborative oceanographic programs, both large and small.

Most facets of modern physical oceanography benefited from Stommel’s insights, and he received many awards for his work.  He is probably best known for major steps taken in the 1940s and 1950s toward understanding the general circulation of the ocean: He determined that the rotation and curvature of the earth are essential factors producing intense currents on the western sides of all oceans, and that changes in density caused by cooling and evaporation at the sea surface can be responsible for deep flows in the ocean.  With these factors accepted, other theories about global circulation began to fall into place, and Stommel worked enthusiastically with a broad range of colleagues for the rest of his life to articulate them.

Three volumes of Collected Works of Henry M. Stommel, edited by Nelson Hogg and Rui Xin Huang, include an unpublished autobiography that includes these words: “Above all I must thank my lucky stars for being born in this century and this country where the public has taken such a benevolent interest in sponsoring scientific research. . . . The freedom to work in science on one’s own, with congenial colleagues, unfettered by supervision, with a scientific problem in one’s mind when he goes to bed and awakes next morning, to be able to give undivided attention to unraveling some puzzle of nature is a privilege beyond compare.”

Additional Biographical Material (click on covers below for full pdf). 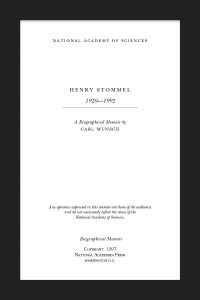 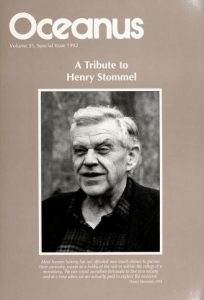 “…Walter has been number one for all these years, and whether we want to or not, all of us compare ourselves to him, at one time or another.  When I was called to the chair of oceanography at Harvard, it was only after Walter had declined it.

Of course, I am not the only victim of Walter's preeminence.  It has happened to others before, and will happen to more of us in the future.

Let us imagine the following scene: You have been invited to an ambassadorial reception in Venice.  Arriving in a gondola by torchlight you step into a grand palazzo between the striped posts at its watergate.  Perhaps you are the guest of honor, and an oceanographer of great distinction.  Perhaps you are Klaus Hasselmann.  You make your way amongst the elegant guests, shaking hands, introducing yourself, with assurance and grace.  The main salon is crowded with the elite of the Italian academic world; the crystal chandeliers are ablaze, the champagne flows.  Your eye catches the sight of a beautiful girl standing alone under a Tintoretto - a vision of loveliness.  Unconsciously you slowly make your way in her direction, smiling, and exchanging greetings with old acquaintances all the while.  The orchestra strikes up a waltz by Strauss.  You approach her, bow, politely ask her for this dance.  As she extends her hand, her eyes melt and she says: "You're Walter Munk aren't you?".

And Some Authored Works 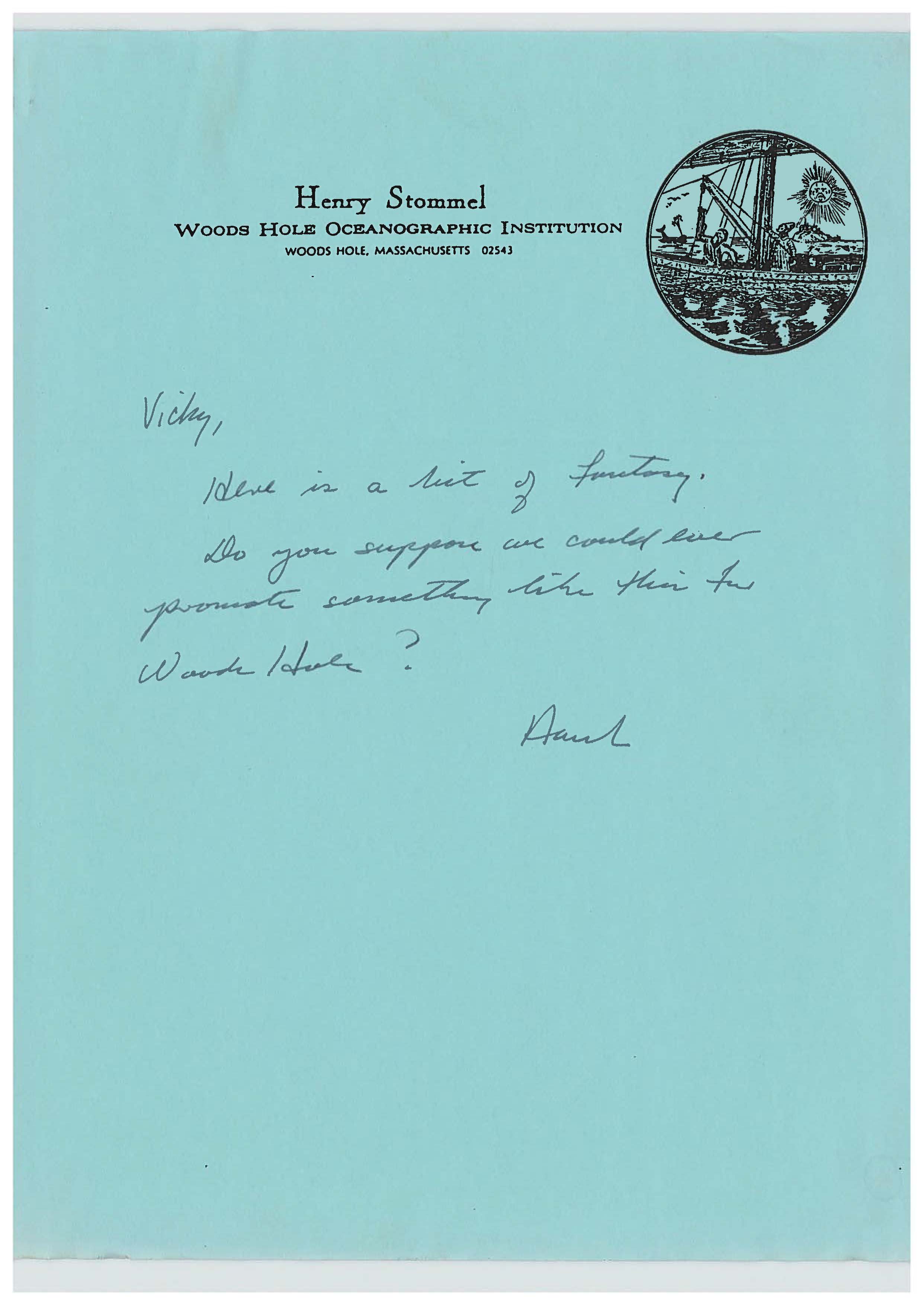 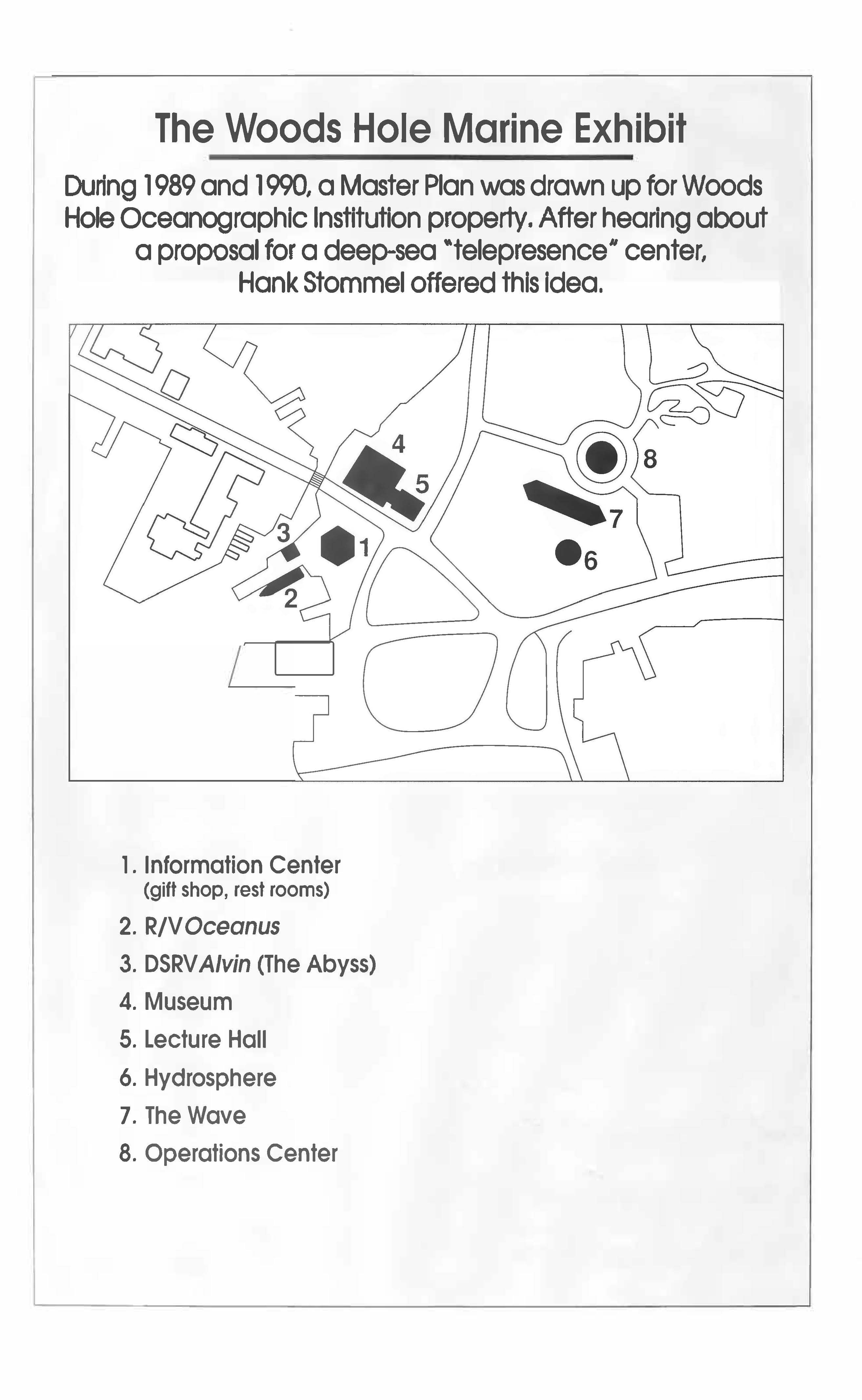 The Starbuck Essays of Henry Stommel

From the Forward: These essays appeared from time to time over a number of years in The Enterprise, the community newspaper of Falmouth, Massachusetts. I first encountered "Starbuck" as a youthful editor some forty years ago. We were early in the cold war. We were in the McCarthy era. Inspired by McCarthy, persons ambitious for attention were going about the country discovering Communists. One of these Paul Reveres of the cold war came to address some gathering on Cape Cod and announced to a startled audience that there were-he knew for a fact-a thousand or more dedicated Communists living on Cape Cod. A thrill of excitement ran through that part of the community that enjoyed alarms and nourished the idea that there were Russian spies everywhere in the land. Kicking around the newspaper office was a Rotary Club handbook that listed the members of the several Rotary clubs on the Cape. I counted the names. They added up to a couple of hundred. So I ran an editorial saying that there seemed to be more Communists than Rotarians on Cape Cod. It was the sort of appeal to the ridiculous that delighted Hank Stommel, and a day or so later he came to me with an appreciative note that was signed "Starbuck." I regret the note isn't preserved. I remember that it was amusing and to the point and that I wished that I had written it. I had met Hank Stommel, but I did not yet know him. That was the star. Encouraged, I like to think, by my appreciation, the "Starbuck" letters began to arrive at The Enterprise offce. These letters, which I correctly called essays, speak wonderfully for themselves. Reading the "Starbuck" letters will suggest the pleasure of spending a sociable evening with Hank Stommel over beer and fresh-shucked oysters. I can hear his laughter now.